When Davido drops his ‘A Better Time’ album on Friday, he will be serving up a potpourri of sounds that bring together artistes from Nigeria and abroad.

Notable on those featured are American rappers Nicki Minaj, Nas and his son, Ifeanyi who features as both the album cover and one of the executive producers. Other executive producers are his father, Deji Adeleke and Davido himself. This is the first time Ifeanyi’s face will be seen by the public.

On Ifeanyi featuring on the album, Davido wrote, “I won’t keep you any longer. This year we’ve been through crazy times. Real crazy times. And through it all, we’ve all had to look inwards to find our unique hopes of better times ahead.

A Better Time is a 17-track album that has songs like; FEM, SO CRAZY – both tracks having videos already. Other tracks are SHOPPING SPREE which is another Chris Brown feature.

See the alum cover with full track list below 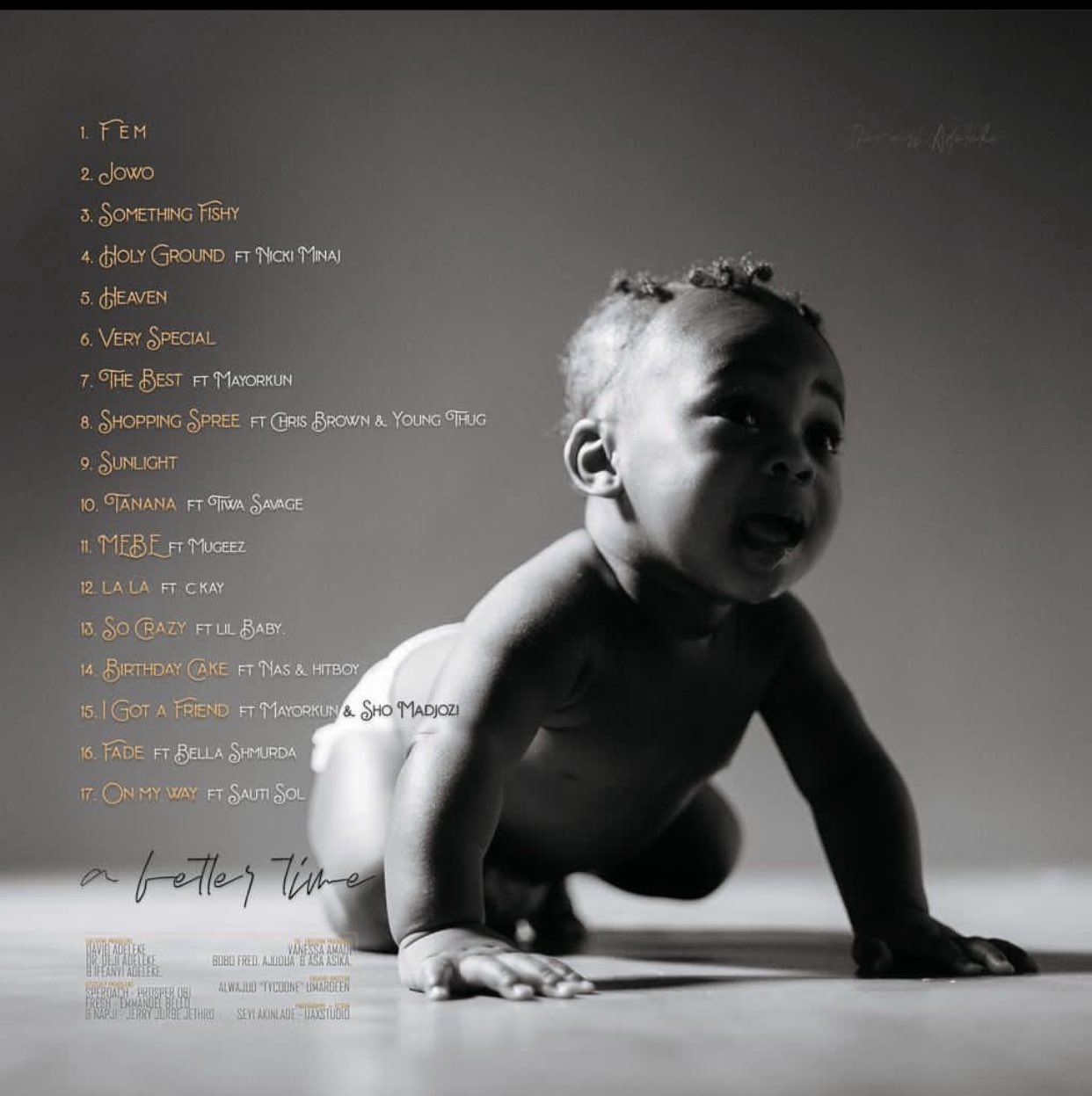